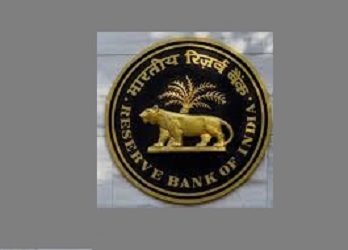 The Reserve Bank begins its October review of the monetary policy on October 6 and a decision on interest rates will be announced at the end of the three-day meet on Friday.

The Monetary Policy Committee of the central bank is meeting in the backdrop of easing inflationary pressures and a liquidity flush in the system. Here are five things to expect from the rate-setting team of the MPC.

The MPC is likely to remain on a pause mode on Friday as it awaits more cues from the growth-inflation front. The general consensus among economists is that the stance will remain ‘accommodative’. However, there may be a change in the forward guidance that indicates gradual normalisation. “The MPC may change the forward guidance somewhat to prepare for a reverse repo rate hike by December policy,” said Pankaj Pathak, Fund Manager for Fixed Income at Quantum Mutual Fund.

The RBI is likely to sound optimistic on the growth recovery. On October 5, ratings agency Moody’s hiked India’s sovereign credit rating outlook to stable from negative, citing an improvement in the financial sector and faster-than-expected economic recovery across sectors.

This time, the MPC is likely to signal growing confidence about economic recovery and its growth forecast, even as the committee may caution against terms of trade losses due to higher global commodity and oil prices and  anticipated third wave, of the Covid pandemic, said Madhavi Arora, Lead economist at Emkay Global.

The consumer price based-inflation (CPI) has shown  an easing trend in the recent past. CPI for August 2021 came in at 5.30 percent, compared with 5.59 percent in July, as food prices cooled further, especially in the case of vegetable price inflation, data released by the National Statistical Office (NSO) showed on September 13.

On October 6, Barclays India said it expects CPI inflation to moderate to 4.62 per cent on a year-on-year basis in September, on corrections in prices of perishables in food basket. The MPC is likely to take a benign view on inflation.

Managing a timely exit from the easy money regime remains a challenge for the central bank. Given that the core liquidity surplus is persisting close to Rs 12 lakh crore, the RBI may provide a roadmap on liquidity management, said Pathank of Quantum. “However, we do not expect any immediate durable liquidity absorption measure as it could raise speculative market actions. The RBI may restrict further liquidity infusion and rely on liquidit- neutral instruments to intervene in the bond and forex markets,” said Pathak.

The central bank could signal continuation of some of the liquidity support measures, including the special open market operations. “The central bank may want to follow ‘Zor ka jhatka dheere se’ making amends to the VRRR amount and tenor (increase) and also announce Operation Twist (OT) in place of outright bond purchases.

This seems in sync with their ‘orderly evolution’ of the yield curve narrative. Hence we expect a status quo in rates for now, with guidance towards narrowing the repo and reverse repo corridor going forward,” said Lakshmi Iyer, CIO (Debt) and Head of Products at Kotak Mutual Fund.